Elite athletes Klay Thompson, Alex Morgan, Travis Pastrana and Paul Rodriguez have come together to launch their own CBD brand.

During an exclusive interview, Thompson, Morgan, Pastrana and Rodriguez highlighted they are not the only big-name athletes involved in the company. Just Live also counts on the support of investors like snowboarder and Olympic Gold Medalist Jamie Anderson and Olympic snowboard slopestyle Gold Medalist Sage Kotsenburg, among others. According to NBA player Klay Thompson, Just Live was born from a desire to find natural forms of recovery and pain relief.

“There are so many different elements that go into driving success both on and off the court,” he said. “Whether it’s winding down after a game, working through muscle pain, or recovering from an injury, CBD is a natural one-stop-shop that allows me to prioritize my physical and mental health.”

This is why getting behind a brand like Just Live was an “obvious decision” for him, he added, arguing every athlete deserves access to natural and effective solutions to pain.

Interestingly enough, in the process of launching the brand, Thompson became the first active NBA player to be involved in a CBD company.

Having undergone more than 35 surgeries, motocross superstar Travis Pastrana is no stranger to pain either. He too arrived at CBD after years of suffering.

In fact, he said, CBD changed his dad’s life as well, helping him treat his chronic pain without the need for medications that made him feel “foggy.” 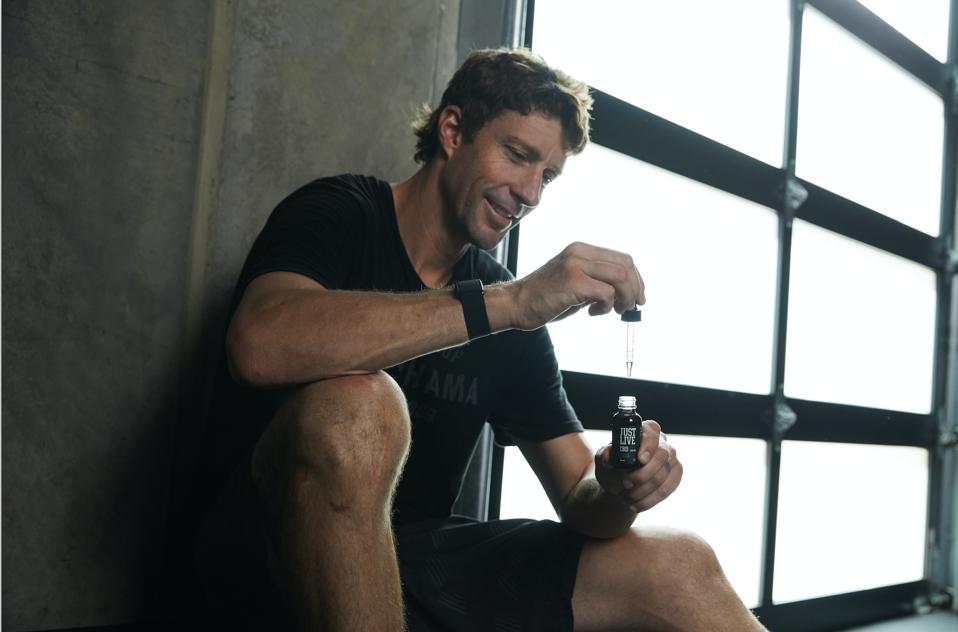 Pastrana explained that athletes pushing their body to the limit on a daily basis often see injuries “arise at inopportune moments.”

“I’ve had 35 surgeries and I’m 37 years old,” he repeated. “One of the most difficult parts of recovery for me is achieving restful sleep. Most medication that helps you sleep through pain destroys your body and leaves my mind in a mental fog.”

This, of course, is not the case with CBD.

Alex Morgan is the co-captain of the United States women’s national soccer team alongside Carli Lloyd and Megan Rapinoe – found talking about CBD and feminism in this Forbes feature. 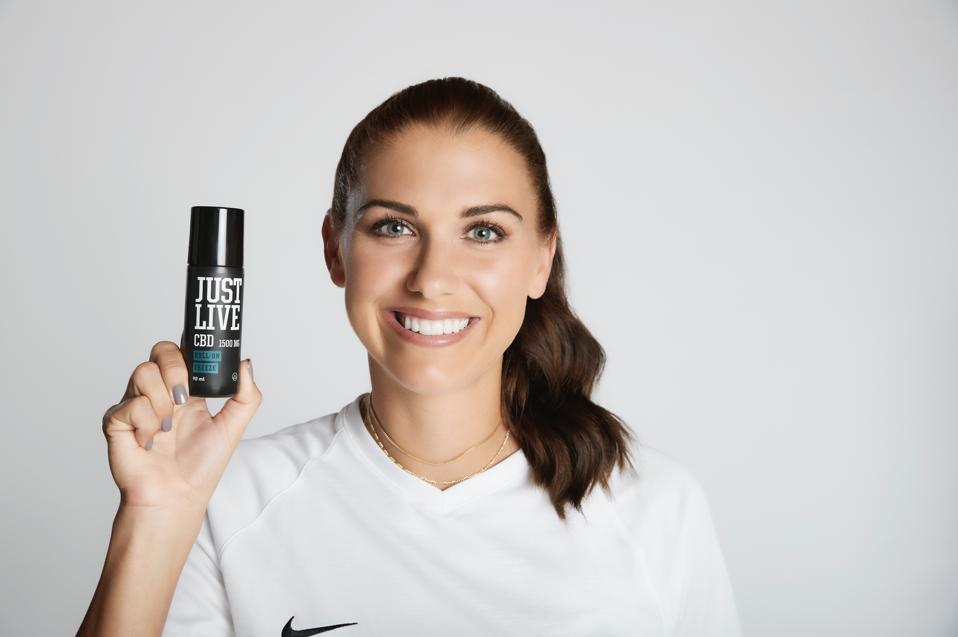 For her, it’s always been important to know exactly what she’s putting into her body, as well as properly understanding the effects it may have on her as an athlete – and now, a new mom.

“CBD has played a critical role in minimizing muscle aches and helping me wind down and get to sleep post-game,” she said during the exclusive chat. “With Just Live, there’s nothing complicated about the products – they’re high-quality, natural, and effective and tackle some of the biggest roadblocks athletes face when it comes to pain and recovery.”

And this also holds true for the famous P-Rod, pro-skater Paul Rodriguez. 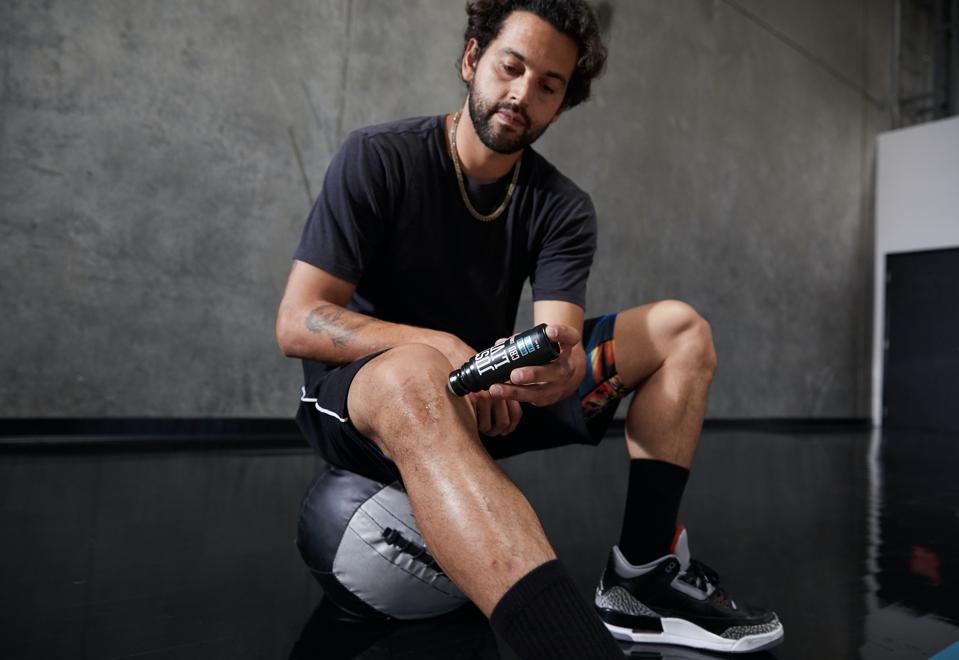 “It’s ironic that athletes spend so much of their lives training their bodies for optimal performance, yet when it comes to pain management we’re essentially poisoning ourselves with addictive and destructive pain relievers,” he voiced.

Rodriguez has seen family members go through addiction as a result of pain medication. And even he was close to the edge while recovering from a serious knee injury.

“I knew I had a decision to make: I could give in to the strong pull I felt to go down a dead-end road with pain medication, or find an alternative way to manage the pain. I needed an alternative to save me from becoming part of the growing number who suffer from opioid addiction.”

See also: Magic Johnson On Manu Ginobili: ‘One Of The Most Unstoppable Forces In The NBA’

In his view, founding Just Live with such a diverse group of athletes who are pushing the limits every day is “a critical next step as we normalize and educate people on CBD as a natural and effective solution to pain and recovery.”

“One of the biggest reasons that Alex, Klay, Paul, and I came together to create Just Live is that we know CBD works. We’ve identified a solution to the opioid problem that we’ve seen so many people, our friends, our family, succumb to. We know that we have a responsibility to educate people on the benefits of CBD, how it works, and its effectiveness as a solution to other painkillers,” he ended.

This article was originally published on Forbes and appears here with permission.