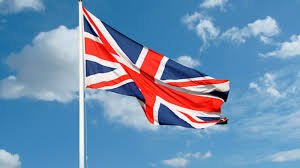 Here’s a report from Business Cann . All the names are easily recognizable if you follow the UK market…

THE UK can ride the global green wave to boost the domestic economy in the post-Covid, post-Brexit world, says a newly formed coalition of senior cannabis players.

New Leaf Opportunities (NLO) is launched today by some of the UK’s leading lights with the aim of highlighting the potential of medical cannabis, and CBD wellness, as potential drivers of economic growth.

It features a coalition of interested players from investors to manufacturers, drug policy advocates, lawyers and consultants.

Its aim is to turn the UK into a world leader in medical cannabis and CBD and comes at a time when cannabis is being beckoned into the light following the dark years of prohibition.

New Leaf Opportunities is being spearheaded by advocacy group Volteface along with medical cannabis company Kanabo, which is set to list on the London Stock Exchange next year in a reverse takeover with Spinnaker Opportunities; also a founder of the new group.

Global law firm Ince and London-based cannabis consultancy group Hanway Associates are also founders with more to be announced in 2021.

The recent announcement by the Financial Conduct Authority that it will accept cannabis companies on to the London Stock Exchange can be a driver for the UK sector, says Spinnaker Chairman Andy Morrison.

“2021 looks set to be a year of substantial growth in the Medical Cannabis and CBD Wellness markets in Europe.

“As we finally break the shackles of the Covid-19 pandemic and look to a future alongside, rather than within the EU, the UK is uniquely positioned to adopt a leading role, building on its reputation for excellence in healthcare research and innovation.

“Improved access to London’s public markets can provide much-needed capital for further research into cannabis-related therapies that hold out the promise of relief for long-suffering patients and at the same time provides an engine for renewed economic growth,” he said.

Volteface Director Paul North said: “The cannabis industry is ready to attract some much needed revenue into the country. The UK is crying out for emerging industries, jobs and foreign investment – we believe the cannabis industry can deliver all of these in 2021. Opening our doors for investment will improve the market for medical cannabis patients and the emerging wellness market.”

Rob Jappie, Partner at Ince, said: “By creating a regulatory environment which allows the industry to flourish, the UK can become the leading jurisdiction for cannabis business.”

Hanway Associates Director Alastair Moore said: “What the sector needs is clear support from financial and government institutions. Through providing clarity on financial regulations, and the provision of innovation grants and loans, we could become a world-leading hub for the sector.”

“The UK is an emerging market when it comes to using CBD and the opportunity for growth is immense. At present, approximately four to six million people have tried CBD in the UK with the market estimated to be worth almost £1bn within the next five years,” said Kanabo Research CEO and Founder Avihu Tamir.

NLO says it will be making further announcements in January, as it on-boards more members and looks to secure political support for measures designed to boost the UK sector’s growth.

A spokesperson for the group told BusinessCann: “We will aim to use our political connections to communicate with the government, and we are calling on the UK to take every step to become a leader in the medical cannabis field – science, research, tech, finance and investment – post-Brexit, and make indications that the UK will be ‘open for business’ in 2021.

“We firmly believe that investment in medical cannabis will breed innovations and R&D, this in turn will improve cost, access and experience for medical cannabis patients and CBD wellness users.”

Just last week the United Nations recognised for the first time the medical benefits of cannabis and this global green wave has been given significant momentum by recent events in North America.

Following the US election two-thirds of citizens live in states with medical, and one-third in states with recreational cannabis programmes. While recent surveys show 70% of Americans support legalisation.

And, last Friday, the House of Representatives passed the MORE Act, which would federally legalize and tax cannabis – although it’s unlikely to gain Senate approval.

The global medical cannabis market was worth around $16.5bn in 2019 and a recent report from Brightfield and Hanway estimate the European market will be worth almost $3.1bn by 2025 – similar in size to the booming UK gin or gaming markets.

This is a significant rise from its current value at $359m, and the report authors expect the UK market to double in size over the next five years.