This past quarter was a transformational one for the Company as we grew revenue, improved profitability across our retail footprint and strengthened our balance sheet.

With the strength of our team and support of our capital partners, we are ahead of schedule with respect to our turnaround plan. As we get closer to achieving company-wide profitability, we remain committed to growing the MedMen brand and maintaining our position as the leading cannabis retailer in the U.S.

(1) During the quarter, the Company executed definitive agreements to sell its retail store in Evanston, Illinois. As a result, the Company recognized a partial quarter of revenue. On October 15, 2020, the Company pre-announced $37.4 million of first quarter revenue, which included a full quarter of Evanston revenue.

Retail Adjusted EBITDA: Retail EBITDA Margin (Non-GAAP) less local cannabis and excise taxes, distribution expenses, and inventory adjustments. This non-GAAP measure provides a standalone basis of the Company’s performance as a cannabis retailer in the U.S. considering the Company’s long-term viability is correlated with cash flows provided by or used in retail operations.

Corporate SG&A: Selling, general and administrative expenses related to the Company’s corporate functions. This non-GAAP measure represents scalable expenditures that are not directly correlated with the Company’s retail operations.

A live audio webcast of the call will be available on the Events and Presentations section of MedMen’s website at: https://investors.medmen.com/events-and-presentations/default.aspx and will be archived for replay.

MedMen is a cannabis retailer with flagship locations in California, Nevada, Illinois, Florida, and New York. MedMen offers a robust selection of high-quality products, including MedMen-owned brands [statemade], LuxLyte, and MedMen Red through its premium retail stores, proprietary delivery service, as well as curbside and in-store pick up. MedMen Buds, the Company’s loyalty program, provides exclusive access to promotions, product drops and content. MedMen believes that a world where cannabis is legal and regulated is safer, healthier and happier. Learn more about MedMen and The MedMen Foundation at www.medmen.com. 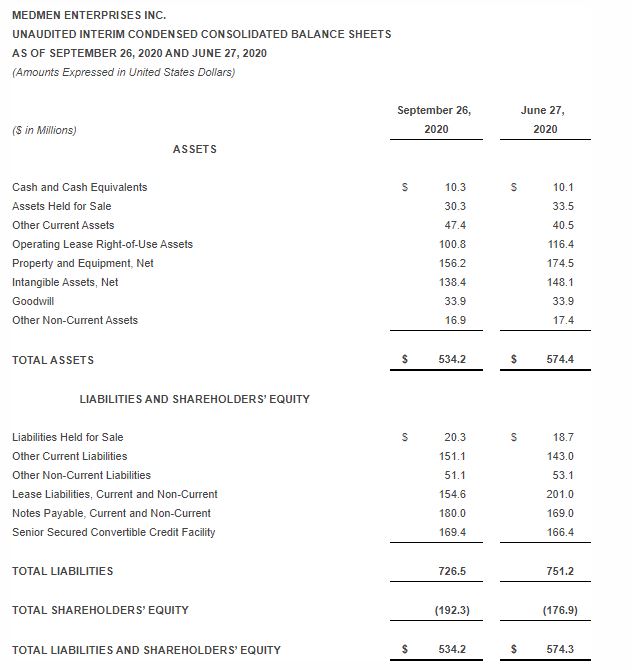 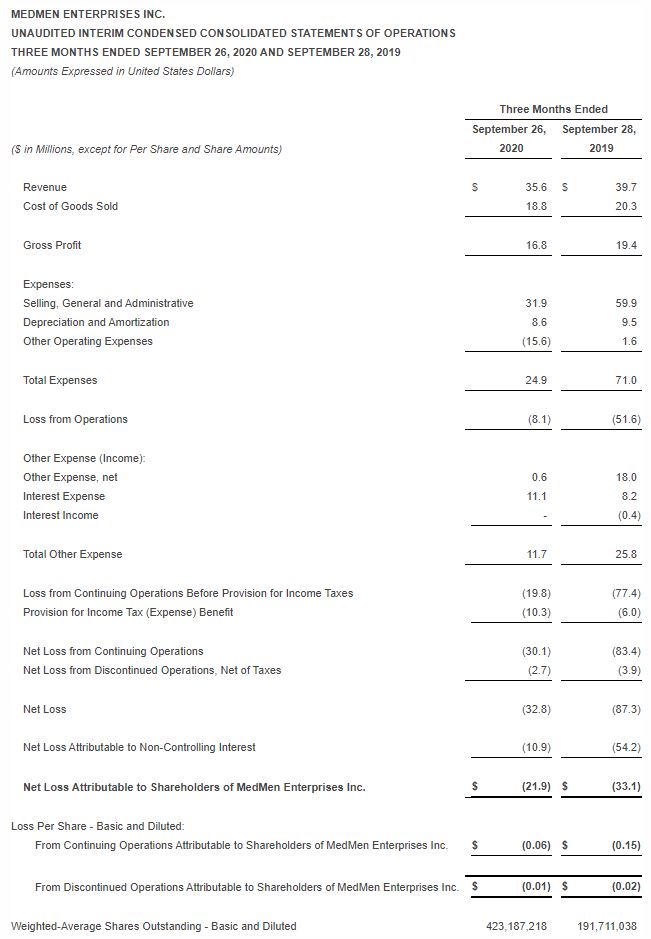 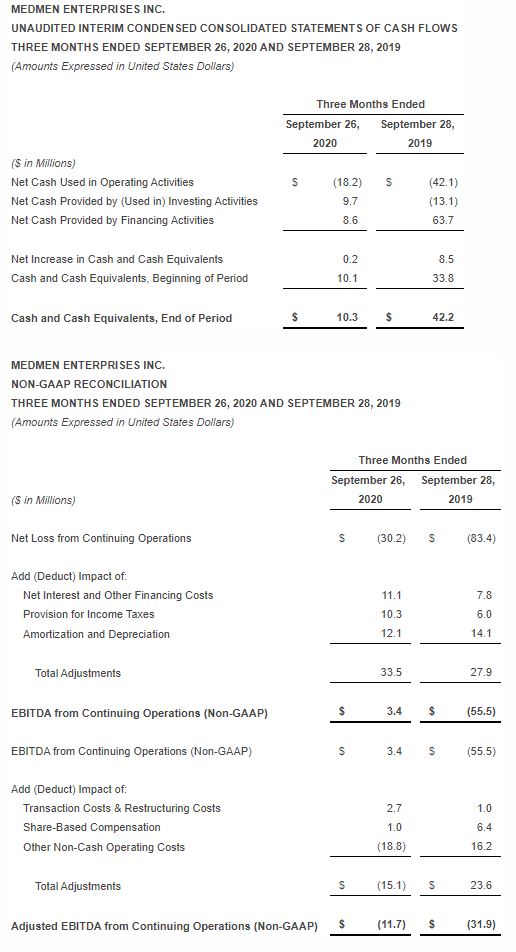 The NCV Newswire by New Cannabis Ventures aims to curate high quality content and information about leading cannabis companies to help our readers filter out the noise and to stay on top of the most important cannabis business news. The NCV Newswire is hand-curated by an editor and not automated in anyway. Have a confidential news tip? Get in touch.