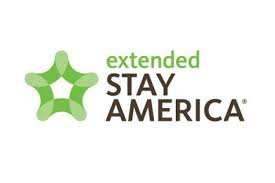 This may well be a thing of the past soon if the Jersey legislation goes through with amendments..

Detective Timothy Hoover was contacted on Dec. 1 by Inspector Rob Waltz of United States Postal Inspection Service informing him that a package at the Monmouth Junction Post Office was accidentally opened and employees believed that it contained “magic mushrooms” according to a statement provided by the South Brunswick Police Department on Dec. 3.

The package was addressed to an individual named “Artist Grand” and was bound to the Extended Stay America, located at 4230 Route 1. Inside the package was approximately .5 ounces of suspected psilocybin (aka magic mushrooms) and three suspected LSD tabs, according to the statement.

Hoover then conducted a follow up investigation at the Extended Stay America and it was discovered that there was an occupant named “Artis Grandison” residing at the hotel, according to reports.

On Dec. 2 at 11:30 a.m., detectives from the South Brunswick Police Department and Waltz from the United States Postal Inspection Service went to the Extended Stay America and conducted surveillance from the hotel lobby. Hotel management contacted the room where “Artis Grandison” was residing and made notification that there was a package for him at the front desk. Approximately two hours later, Hoover observed a male approach the hotel lobby desk, identify himself as “Artis Grandison” and that he was picking up a package in his name, according to the allegations. At this time the individual was then placed under arrest by Hoover and Waltz.

The man, who was using an alias, was processed and charged with possession of psilocybin and possession of LSD. He was then released pending his first court appearance.