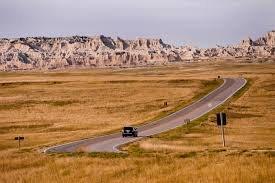 The Legislature’s Rules Review Committee will decide Monday whether South Dakota’s proposed industrial-hemp rules are what lawmakers had in mind back in March, when they agreed to let it be grown and processed so long as it didn’t exceed 0.3 percent THC. Reports https://www.keloland.com/

A lawyer for the state Department of Agriculture released the final version of the proposal Tuesday.

One key change says processors must apply for renewals of annual licenses by October 1. The original version didn’t have a date.

License fees are proposed at:

Growers must notify state officials of the location of each lot and request pre-harvest inspections at least 30 days in advance, with state inspections occurring not more than 15 days before harvest. Each lot will be charged $250 for an inspection.

License holders who have three or more negligent violations within a five-year window will lose eligibility for five years.

Non-negligent violations can result in license suspensions or revocations, including for any misdemeanor or felony conviction on crimes for marijuana or controlled substances within the previous 10 years, or for being charged with a marijuana or controlled-substance crime after the most-recent background check.

The rules-review meeting is at 2 p.m. CT Monday in room 414 of the Capitol. Chair of the six-legislator panel is Representative Jean Hunhoff, a Yankton Republican.

The Legislature approved HB 1008 and Governor Kristi Noem signed it into law. She vetoed somewhat similar legislation in 2019, warning it would lead to legalization of marijuana. South Dakota voters approved medical marijuana and recreational marijuana in the November 3 elections.

final version of the proposed rules: at. https://www.keloland.com/news/capitol-news-bureau/final-version-of-industrial-hemp-rules-is-now-ready-for-s-d-legislative-panel/