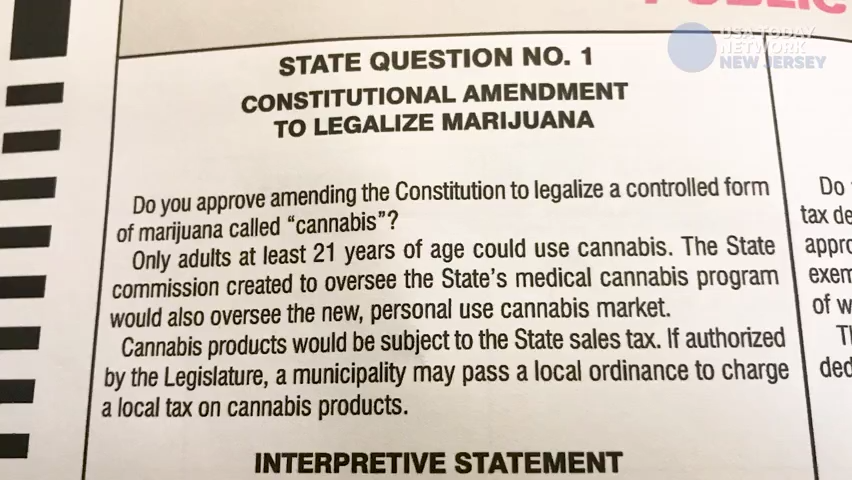 Now that New Jersey voters have approved the ballot question legalizing recreational marijuana, Paterson is poised to leverage the legalization.

Last year, Paterson was one of only two municipalities in northern New Jersey to receive a license for a medical marijuana dispensary and growth facility. The dispensary opened in December 2019, and a vast majority of the employees are Paterson residents. It also made it convenient for residents with ailments who in the past had to travel to other towns for treatment. Moreover, the City Council recently approved a measure to collect additional revenue from the establishment through a 2% transfer tax.

For decades, under both Democratic and Republican administrations, we have wasted far too much money on the enforcement — and prosecution — of unfair and archaic cannabis laws. And this past Tuesday, voters spoke and called for an end the prohibition on the state’s cannabis ban this election by voting “YES” on Public Question 1.

With the third-highest arrest rate in the country, New Jersey residents are more likely to be arrested than residents in other states; cannabis-related offenses make up one-third of all arrests in New Jersey. The Garden State makes about 32,000 arrests a year and spends about $143 million dollars on processing cannabis possession charges alone. Possessing more than an ounce of cannabis results in mandatory jail sentences of more than three years, paid for courtesy of New Jersey taxpayers.

We have seen the devastating effects the COVID-19 pandemic has had on our communities across New Jersey. Residents have been forced to close businesses, resulting in a record number of people out of work. Families are struggling to stay afloat, and these massive deficits threaten deep budget cuts, affecting residents statewide.

Mayors across New Jersey subsequently feel the squeeze as we try to submit budgets without impacting essential municipal services, like public works and public safety. From March to May, New Jersey tax revenue was down 37% and officials hypothesize that the state could be short as much as $20 billion by the end of 2021.

The cannabis industry supports job growth and business investment opportunities that will put people back to work. Passage of Public Question 1 has the potential to add tens of thousands of jobs for New Jersey residents across a broad range of industries, both cannabis-related and ancillary. We can anticipate jobs in manufacturing, cultivation, lab work, business operations, finance, and more.

We will need all the resources in our toolbox to keep the services residents need and a tax on legal cannabis could be a critical step to maintaining them. That is why we must take advantage of the multitude of benefits if recreational use is legalized.

The Legislature has already crafted a measure that puts the right restrictions into place and sets out a reasonable tax structure. This measure will do the following: control cannabis seed to sale, restrict access by minors, maintains current laws against driving while impaired, keeps drug free workplace rules in place, and prohibits public use of cannabis.

Over the past decade, 11 other states and Washington, D.C., have all legalized cannabis. We know that cannabis legalization works and passing this ballot measure will allow New Jersey to take advantage of lessons learned from the states that went before us.

As a consequence of legalization, the dispensary in Paterson would expand, which would result in more employment opportunities for residents and more revenue for our city. This emerging industry possesses many benefits that our city is prepared to capitalize upon.

Andre Sayegh is mayor of Paterson.