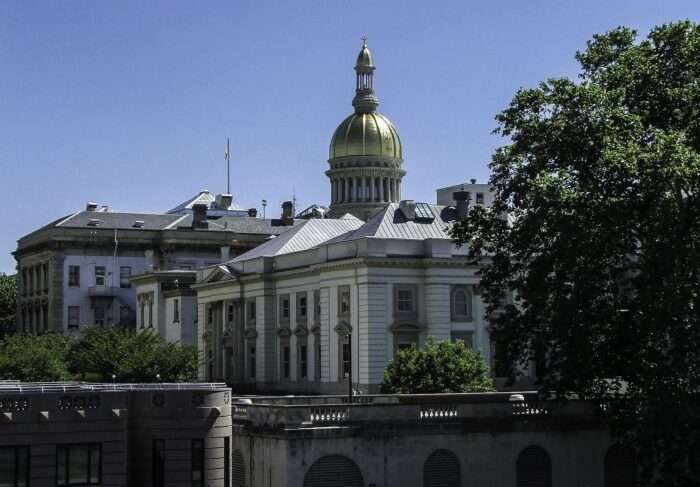 The bill, A 1708, passed the committee 7-4 on party lines. While medical marijuana is not covered by health insurance, should this bill become law, companies paying out worker’s compensation cases would have to cover the expenses of medical marijuana.

The bill makes clear that private health insurance does not cover medical cannabis. Insurance companies are reluctant to do so because they argued it violates federal law and would lead to negatives consequences. It was sponsored by John Burzichelli (D-Camden), Herb Conway (D-Burlington), and Joann Downey (D-Monmouth).

The bill itself notes that medical cannabis has several therapeutic uses.

A New Jersey court set a precedent for medical cannabis coverage by accident insurance in a case earlier this year when they ruled in favor of a former construction worker who was seriously injured while on the job.

The Assembly Committee on Financial Institutions also had jurisdiction over the bill and passed it in February before the advent of COVID. The bill passed that committee 9-4, also on party lines.

There is widespread agreement that medical cannabis is being sold at outrageously high prices by the 12 dispensary locations operating in New Jersey.

While passage seems assured in the Assembly, it might have difficulty in the State Senate before becoming law.

Regardless of what happens next Tuesday, there are several issues related to cannabis that can only be solved by federal legalization, along with insurance.

For example, banks are reluctant to do business with cannabis companies because they feel it would put them in violation of federal law. The SAFE Banking Act would address that. It was passed by the Democratic controlled-House of Representatives last year, but the Republican Senate refuses to look at it.

In addition, cannabis companies currently cannot legally send their products over state lines between two legal states. This violates the principle of interstate commerce, which binds the United States together in economic interests.

Many feel the industry will reach its true potential until federal legalization occurs.