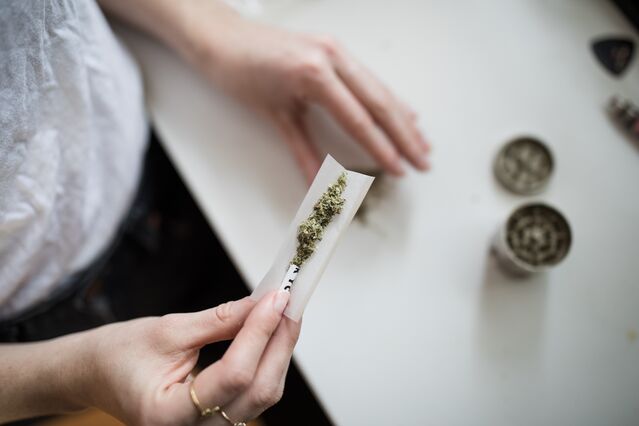 The benefits and risks of Marijuana use are becoming more researched as marijuana moves from an illicit schedule 1 substance (alongside cocaine and heroin) to a recreational powerhouse with a medically beneficial profile and lack of physical addictiveness or toxicity. This article will soberly examine some of the benefits and risks suggested by the most recent research on marijuana.

The “cannabis” or “hemp” plant, known more commonly by the stigmatized nickname of marijuana has been used by diverse cultures for centuries. From the high altitude cold weather Kush mountains of Pakistan and Afghanistan (where many cannabis Indica varieties hail from) to the hot arid plains of Mexico (where many cannabis Sativa strains originated), marijuana is a much more diverse substance than many people think, made up of hundreds of cannabinoids each having a different effect on our body’s natural endocannabinoid system.

The two main cannabinoids are Tetrahydrocannabinol (THC) and Cannabidiol (CBD). They have an inverse relationship, and so when you find a strain with a lot of one, there will be less of the other. More on the benefits and risks of THC and CBD in the Sativa vs. Indica section below.

The political history of marijuana in the U.S. is rife with tales of greed and discrimination, from rumors that William Randolph Hearst lobbied lawmakers to ban the multi-use, hearty, sustainable hemp plant to ensure the supremacy of his business interests in lumber-derived paper to anti-immigration and racist legislation.

Research on the benefits and risks of marijuana has been limited since as a schedule 1 substance, the ability to study it required strict government approval. Like most hallucinogenic substances there have been decades of little to no research due to categorization as a dangerous substance based more on politics than science.

The medical benefits of Marijuana

Marijuana is a natural muscle relaxant and pain killer. It treats the symptoms of conditions as diverse as unspecified chronic pain, glaucoma, Parkinson’s disease, epilepsy, multiple sclerosis, fibromyalgia, endometriosis, interstitial cystitis, arthritis, HIV, cancer treatment, irritable bowel syndrome, Crohn’s disease, and research is finding more uses every day. What’s more, marijuana can do this with a fraction of the side-effects of other available treatments.

There is no doubt that marijuana has medical use, backed by increasing research every day. It is also non-physically addictive and non-toxic, as excess cannabinoids are stored in fatty tissue and released slowly over time.

This makes its inclusion on the schedule 1 substance list (alongside heroin and cocaine) highly problematic.

“Schedule I drugs, substances, or chemicals are defined as drugs with no currently accepted medical use and a high potential for abuse.” -Drug Enforcement Administration’s (DEA) website

The suspected risks of Marijuana

Though comparing the risks of marijuana to the risks of heroin may be ridiculous, I want to be clear that Marijuana is not without risk.

Marijuana interferes with the body’s natural cannabinoid system, and we don’t fully understand the implications of this.

Consider also that marijuana is most often consumed by smoking it, which is not healthy.

As noted by the Mayo clinic;

Research has also suggested a strong link between cannabinoid ingestion and testicular cancer in men, as the testicles are a hub of cannabinoid receptors.

Cardiovascular disease has also been suggested as a possible risk of marijuana use, particularly when smoked.

Vaping, though it exposes users less to combustible byproducts, can be harmful due to the inhalation of additives like vitamin e acetate.

It is unclear how many of these risks are associated in particular with marijuana smoke/vaping, and whether other methods of administration such as ingestion in food, drinks, or skin creams would lessen or eliminate these risks.

Not all marijuana is the same. There are two main subtypes of marijuana, cannabis Sativa and cannabis Indica. These two subtypes are so different, that one may be a trigger for active schizophrenic symptoms, and the other may be a useful treatment for them.

Cannabis sativa has a high THC concentration and low CBD concentration. It is said to give a “head high,” be energizing, and is a popular subtype among athletes and teenagers.

People with a family history of schizophrenia or severe psychiatric illness should avoid cannabis Sativa, as it may induce a psychotic episode to those with a predisposition, especially before the age of 26. CBD may be a safe alternative and even therapeutic, but the jury is still out.

Cannabis Indica has a high CBD concentration with a low THC concentration. It is said to give a “body high,” is relaxing, but also can cause drowsiness. The distinction can be remembered with the anecdote In-di-ca will put you “in-da-couch,” making gravity feel heavier, inducing sleepiness and laziness.

CBD products have little to no THC and potentially carry the greatest health benefits and lowest risks associated with marijuana use.

Since our bodies have a natural cannabinoid system, there are ways to naturally increase cannabinoids without marijuana.