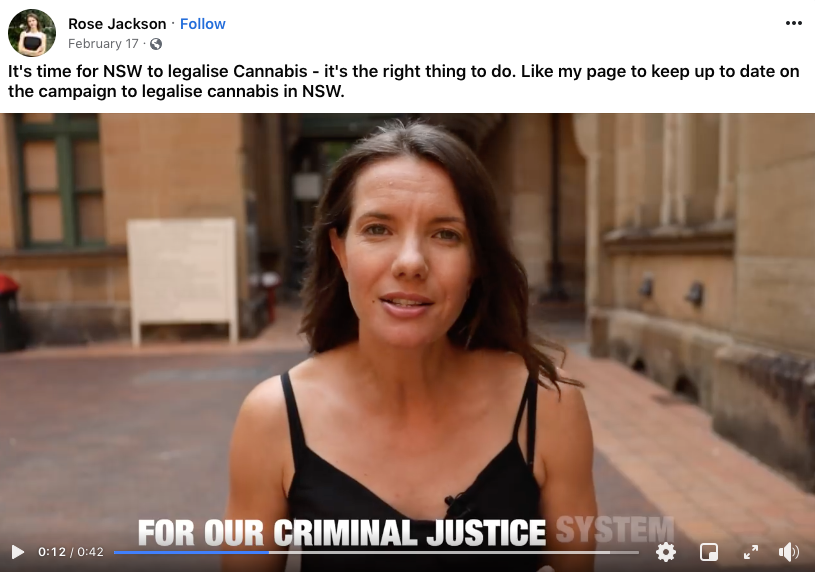 The Mail in Australia reports…

She argued that the state should follow in the steps of Joe Biden in the US, contradicting Opposition Leader Jodi McKay.

Meanwhile, Ms Mckay told The Daily Telegraph the NSW Labor Party ‘does not support decriminalisation of recreational cannabis use’.

Ms Jackson said it was an ‘unbelievable waste’ of police and corrections resources to enforce prohibition on the drug.

It is worth noting that unusually for Australia her stance isn’t your usual political expediency, she tackled all these issues in her maiden speech to state parliament last year