Marijuana Moment report on SAM’s tactics in Vermont which include amongst other things include revealing House Speaker Mitzi Johnson’s (D) personal contact details. 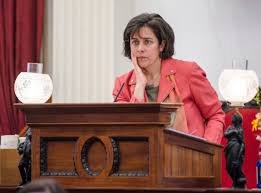 Their literature, in best fake news style, appears to suggest that regulated cannabis will hurt the environment.

How it will hurt the environment more than un-regulated cannabis is, of course, not explained by the mailer that looks as though it was created with the help of some preschoolers (actually that’s being rude to pre-schoolers)

SIDE A OF FLYER 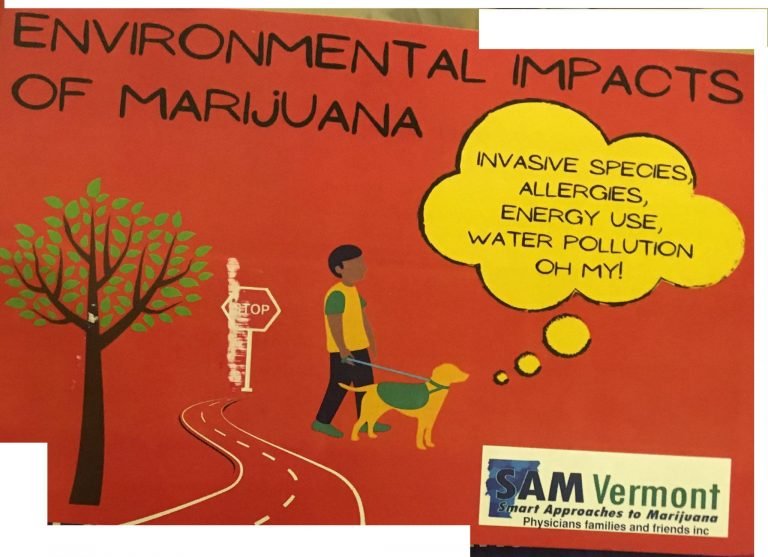 SIDE B OF FLYER 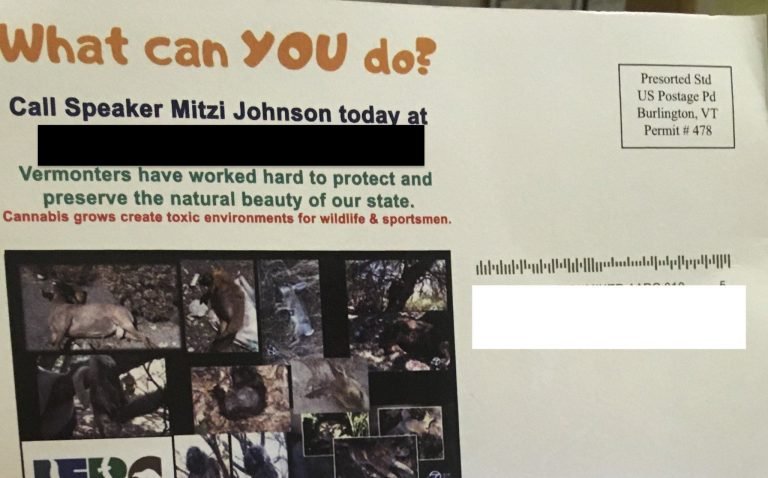 “We’ve seen some pretty outrageous tactics from Project SAM over the years, but this direct mail piece really takes the cake,” Matt Simon, New England political director for the pro-legalization Marijuana Policy Project told Marijuana Moment. “Fortunately, we are confident that Vermonters will see through the deception. In reality, the environment faces significant threats from unregulated cannabis growers who may employ the use of toxic pesticides, and the best way to address this concern is to pass S. 54 and begin regulating the production and sale of cannabis.”

We’d suggest you read the full MM artice at

They even have a page the appears to suggest that cannabis doesn’t alleviate pain and that one should stick with opioids!

Last but not least here’s their staff page and advisory board where the focus implies that regulated cannabis will be sold to children… with an uncontrollable black market that aims to sell cannabis to children we’re at a bit of a loss to understand what their argument is , we presume continue the pointless war on drugs that achieves no reduction in supply so that they all stay in a job treating children damaged by substance abuse encouraged by a sophisticated un-regulated market.