Cannabis has historically been used as a tool to discriminate against people of color — and the discrimination is still ongoing. 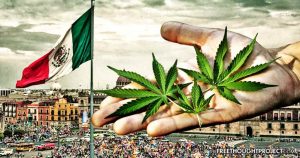 Back in the 19th century, cannabis started to appear as a recreational substance that was overwhelmingly concentrated in some parts of Mexico, including prisons and soldiers’ barracks, historian Isaac Campos told Time Magazine.

As a result, the drug became associated with violence and danger, Campos said. The connotations mixed with widespread anti-alcohol sentiments among the elites at the time led people to think that substances, like cannabis, could make users violent.

Cannabis therefore “had a bad reputation in Mexico before it got a bad reputation in the U.S. — and when Americans seized on that idea, they also picked up the side of it that had to do not only with what was being smoked, but especially who was smoking it,” Olivia Waxman of Time reported.

During the Mexican Revolution in the early 1900s, the drug was used as a way to further harass Mexican and African Americans as they headed north to the U.S., Lab Roots reported.

And so, the “politicians across the political divide spent much of the 20th century using marijuana as a means of dividing America,” author, John Hudak, told The Brookings Institute. That was done by “painting” the drug as a substance from the southern border that connotes corruptive intoxication and hippies. The process helped shape the creation of “otherness,” Hudak further explained.

Anti-cannabis sentiments were fueled even more by the U.S. Narcotics Commissioner, Harry Ainslinger, who told Congress in 1937 that, “Marijuana is the most violence-causing drug in the history of mankind. There are 100,000 total marijuana smokers in the U.S., and most marijuana smokers are Negroes, Hispanics, Filipinos and entertainers. Their satanic music, jazz and swing, results from marijuana usage.” 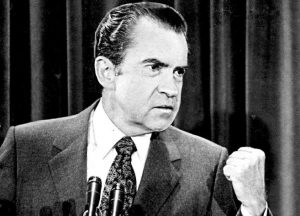 As a result, political leaders, including former President Richard Nixon, designed laws and legislations to further target and criminalize communities of color in the U.S., Hudak said.

In 1971, Nixon launched the War on Drugs, and created the Controlled Substance Act (CSA), an act which places all regulated substances under federal laws into one of five schedules.

Black and Brown Americans were the main target of that war — a fact made clear in 1994 by Nixon’s advisor, John Ehrlichman, who told Harper’s Magazine:

“The Nixon campaign in 1968, and the Nixon White House after that, had two enemies: the antiwar left and black people. We knew we couldn’t make it illegal to be either against the war or black, but by getting the public to associate the hippies with marijuana and blacks with heroin, and then criminalizing both heavily, we could disrupt those communities. We could arrest their leaders, raid their homes, break up their meetings, and vilify them night after night on the evening news. Did we know we were lying about the drugs? Of course we did.” — John Ehrlichman

Now, decades later, this bias is still clear in current arrest rates across America — even as legalization sweeps the nation.

According to the American Civil Liberties Union (ACLU), Black Americans are 3.6 times more likely than whites to be arrested for cannabis — despite roughly the equal usage rates among races.

Reports from the ACLU show that in some states, these rates are much higher. In 2010, in states such as Iowa, Washington D.C., Minnesota and Illinois, Blacks were 7.5 to 8.5 times more likely to be arrested for having cannabis than their white counterparts.

In 2018, ACLU reported that Blacks are still more likely to be arrested than whites for cannabis possession in states which have not legalized or decriminalized cannabis. For instance, in that year, Black people were 9.6 times more likely to be arrested for cannabis possession in Kansas, followed by Kentucky at 9.4, and 7.5 in Illinois — though Illinois legalized it in 2019.

“Racial profiling among law enforcement is directly to blame for these disparities,” the ACLU explained. “Police often target people based on race rather than reasonable suspicion of criminal activity.” 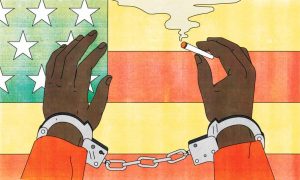 For example, the Equality and Human Rights Commissions (EHRC) found that Black people are 29 times more likely to be stopped and searched compared to their white counterparts.

Kirstein Weir of American Psychological Association (APA) described how in many cases, police officers have taken an approach to law and order by adopting an “us-versus-them” attitude. This ends up dehumanizing Black people and therefore, creates bias in arrest rates.

“That association can influence an officer’s behavior, even if he or she doesn’t hold or express explicitly racist beliefs,” Weir said.

This could be a huge disadvantage for young people of color who could end up “entangled in the criminal legal system with lifelong implications because of a minor offense,” ACLU said.

Those minor drug-related offenses can prevent many from voting, attaining employment, or receiving public assistance such as housing, financial aid, or food stamps.

The Center of American Progress reported that there are more voting restrictions on formerly incarcerated African Americans than whites. On a national level, one-in-13 Black Americans are disenfranchised due to felony convictions.

In Florida, Kentucky and Virginia, one-in-five Black adults are denied the right to vote, the Center of American Progress explained.

To help solve this, ACLU stressed that legalization in general is not enough, as states must focus to center the legalization in racial justice “by seeking to repair past harms” on people of color. One way to do this would be to offer re-sentencing for past convictions, and replace jail time with fines and fees.

It is clear that there is still a drastic amount of discrimination in the system amongst minorities. For now, it is up to the states to decide whether the system should be changed for the better.