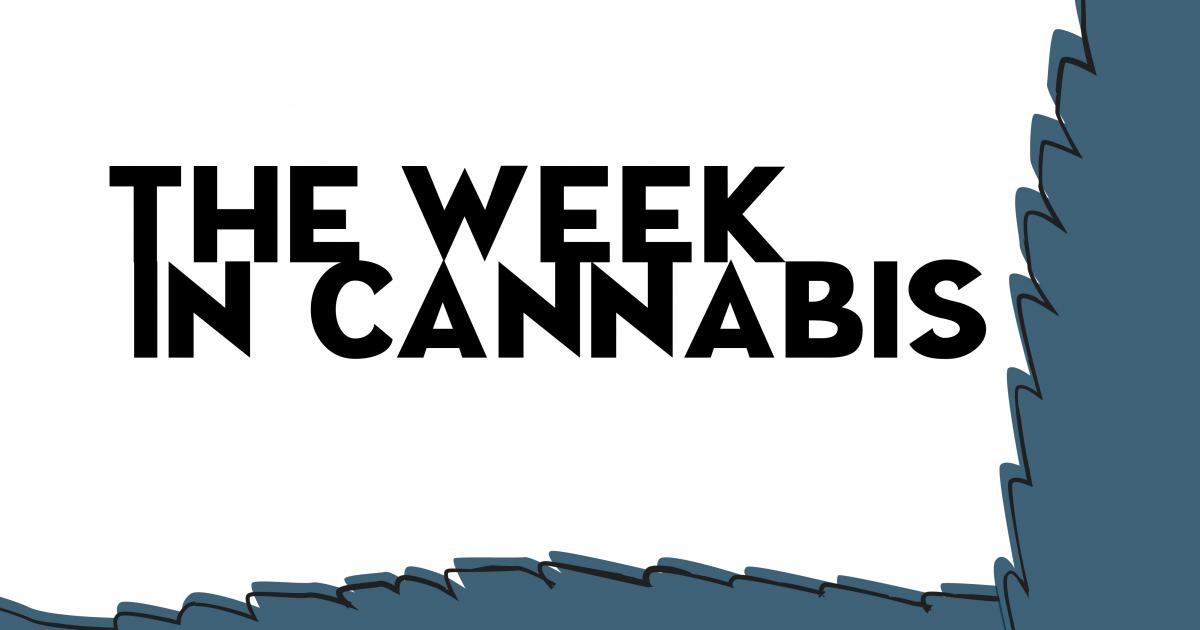 This was a good week for markets in general, and for cannabis stocks in particular. In fact, all major U.S.-traded ETFs in the sector were up. Over the five trading days of the week:

Hollister Biosciences Inc. (CSE: HOLL) (OTC: HSTRF) revealed Monday a revenue spike of 4,135% over the year to $8.47 million. The company attributed the boost to the sale of concentrates, pre-rolls, and contract manufacturing services.

During the second quarter of fiscal 2020, Hollister posted a net income of $300,000versus a net loss of $2.1 million in the previous quarter.

Medical Marijuana Inc. (OTC: MJNA) said Tuesday that its net revenue dropped by approximately 18% over the second quarter of 2020 to $10.9 million. The San Diego, California-based company posted net income of around $9.7 million during the quarter compared to a net loss of $90.8 million in the prior period.

TILT Holdings Inc. (CSE: TILT) (OTC: TLLTF) disclosed Tuesday second quarter and half-year financial and operating results. Revenue dropped by 9% sequentially and 1% over the year to $38.6 million during the quarter. Cannabis revenues for the first six months of 2020 were up by 196% year-over-year.

The Phoenix-based company posted a gross margin of 28.3%, up by 63 bps compared to the previous quarter, and 384 bps from the corresponding quarter of 2019.

Vireo Health International Inc. (CNSX: VREO) (OTC: VREOF) revealed Wednesday its total revenue, including contributions from discontinued operations, amounted to $12.2 million in the second quarter of 2020. That’s up by 70% compared to the same period last year.

Its retail revenue increased by 46% over the year to roughly $9.2 million.

Rubicon also posted a net loss of CA$1.8 million for the quarter, compared to a loss of around CA$3.8 million in the same quarter last year.

Harborside Inc. (CSE: HBOR) reported its retail revenue amounted to $10.2 million in the first quarter of 2020, while wholesale revenue was around $4.4 million, before excise taxes. That’s a year-over-year increase of 23% and 57%, respectively.

The company, which began transitioning to a delivery model in Nevada in March, boasted its best performance in July, which brought revenues of $15.1 million.

Jushi Holdings Inc. (CSE: JUSH) (OTC: JUSHF) released its second-quarter results for 2020. According to a Thursday update, its revenue rose by 73% over the period to $14.9 million.

Auxly Cannabis Group Inc. (OTC: CBWTF) reported Friday earnings report for the second quarter and the first half of 2020. The Toronto-based company reported total revenues of $8.6 million, up by 200% year-over-year. The amount includes $6.8 million of cannabis net revenues and $1.8 million of research revenues from KGK.

See all details on these results on Benzinga Cannabis’ Earnings Center.

Commenting on the earnings, Debra Borchardt, Editor-in-Chief of Green Market Report, told Benzinga, “Earnings continue to keep things active during the waning days of summer. COVID is certainly impacting numerous companies as lockdowns and store closures hurt some sales. It does seem that most companies have reported quick sales rebounds in June and July.”

On Friday, a leaked email revealed that House Majority Whip James Clyburn announced to members the House would be voting on the Marijuana Opportunity Reinvestment and Expungement (MORE) Act during the September work period.

An executive at Altria Group Inc. (NYSE: MO), the parent company of tobacco giant Phillip Morris, has left the industry for “greener” pastures.

Cannabis brand Caliva has expanded its in-house, direct-to-consumer delivery services in California to include an additional 96 cities located in the Bay Area and Los Angeles.

Hightimes Holding Corp. finalized the previously announced acquisition of the two cannabis dispensaries in Northern California. The Los Angeles-based publishing and events company said Wednesday it bought 530 Collective in Shasta Lake and a Redding store, which is operated by Synergy (which does business as [email protected] Enterprises).

Ascend Wellness Holdings said it intends to debut in Chicago by acquiring two dispensaries in its neighborhoods – Logan Square and River North. According to a Tuesday update, AWH would take over both Modern Cannabis dispensaries, once it receives approval from the Illinois Department of Financial and Professional Regulation.

The Chicago-based multi-state operator also disclosed that it’s finalizing its latest funding round at $68.2 million, that way securing $41 million in new capital.

Psychedelics and biotech company ATAI Life Sciences announced on Monday the launch of a new subsidiary that will focus on the development of MDMA derivatives for the treatment of post-traumatic stress disorder and other indications.

EmpathBio will be a wholly owned subsidiary of ATAI, led by CEO Glenn Short.

”Expanding into Illinois gives us the opportunity to help more people access cannabis as a medicine,” said PrestoDoctor Co-Founder and CEO, Kyle Powers. “Frankly, many people are cannabis curious, but they don’t know how to use cannabis as an alternative to prescription drugs or where to go to secure a medical recommendation. We make the process of obtaining high-quality medical guidance and a medical marijuana card easy, safe, and affordable.”

With PrestoDoctor and a smart device or a computer, patients can schedule private, secure appointments with licensed doctors who are highly trained in using cannabis for conditions like PTSD, arthritis pain relief, Colitis and more.

“PrestoDoctor knows that telemedicine offers tremendous value to the thousands of people who live in rural areas as well as urban residents seeking trustworthy medical advice on how to use cannabis,” said PrestoDoctor’s Dr. Jose Torradas, emergency room physician. An appointment with PrestoDoctor includes a customized treatment plan tailored to a patient’s condition.”

GreenScreens launched a nationwide campaign that offers cannabis consumers an opportunity to donate to the Last Prisoner Project right at the check out. GreenScreens, which provides digital point-of-sale technology for dispensaries nationwide, is partnering with the project by donating 10 percent of its ad space at dispensaries to promote awareness of the campaign and encourage cannabis consumers to participate.

“This is a great example of the cannabis industry and consumers coming together to answer the call of social justice,” said Shawn Cutter, CEO of GreenScreens. “As beneficiaries of cannabis legalization, we all have a part to play in seeing that fairness is a part of our industry. No one should still be in prison for something that is perfectly legal today.”

Mondo announced that firefighters, healthcare, and government workers can claim a free jar of Mondo CBD by emailing [email protected] with their nametag or ID along with their best shipping address.

Emily O’Brien, founder and CEO of Mondo Meds, told Benzinga, “After hearing about the amount of stress many firefighters, healthcare and government workers were under throughout the pandemic, I knew I wanted to do my part in lending a helping hand. MONDO is dedicated to replacing harmful pharmaceuticals with safe natural plant medicine. With our approachable micro-dosing methods, we want to increase emotional stability without compromising intellectual ability.”

Top Stories Of The Week

Check out the top stories on Benzinga Cannabis this week: